How and Why State Workers Influence Policy and Politics in Jordan

MIT GOV/LAB is committed to supporting MIT graduate students conducting original field research and data collection on MIT GOV/LAB topics and themes of interest. One way we support students is through our seed grant program that enables students to conduct their research.

Elizabeth Parker-Magyar (Biff), PhD candidate in Comparative Politics and Political Methodology at MIT, is one of our Graduate Research Fellows researching how public sector workers impact policy implementation and national politics in Jordan. Biff speaks with our Policy & Communications Associate, Akshat Singh about her research, and her experience working with GOV/LAB. 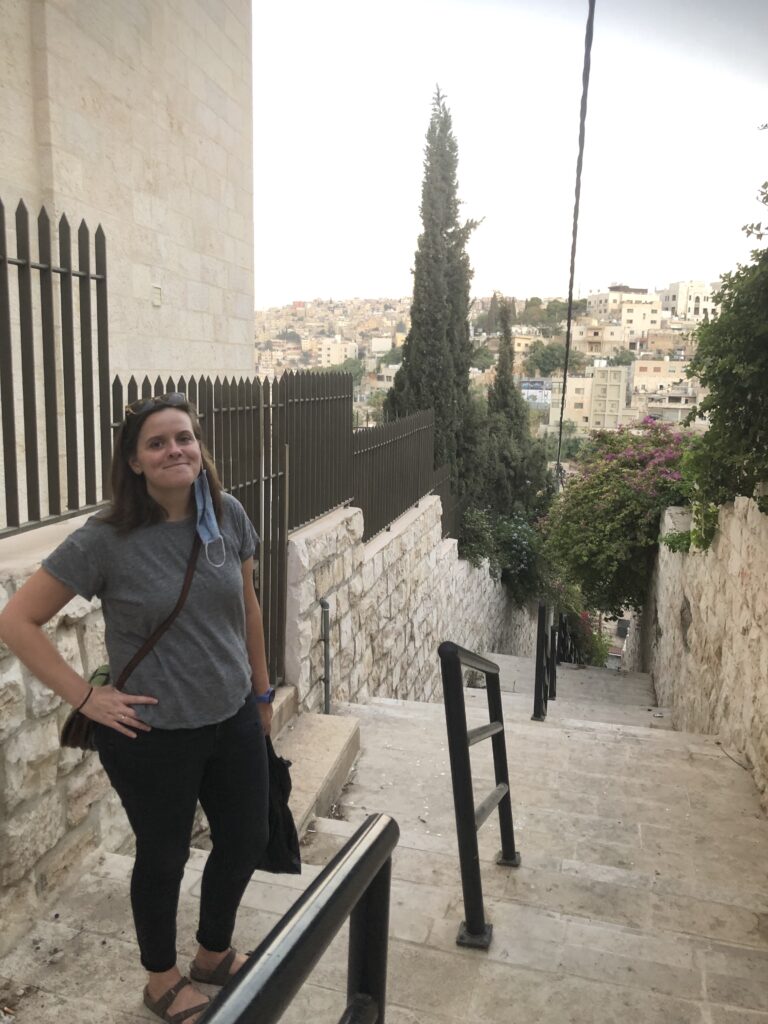 Akshat: Could you please tell me a bit about your academic and professional background? How did you get interested in political science research?

Biff: Before coming to MIT, I had spent time teaching in a Jordanian high school as part of a Fulbright Fellowship, and received an MA from the Johns Hopkins School of Advanced International Studies. I also spent several years in journalism and analysis roles focused on the conflict in Syria. Over time, I found myself drawn to complex questions I realized would be difficult to answer outside academic settings, and wanted to develop my skills as a mixed-methods researcher. I was interested in learning more about  political economy, especially in the Middle East, and how it relates to contentious politics, like protest or conflict. I later ended up returning to a dissertation topic centered around education politics in Jordan, bringing me back to that first post-college experience of teaching.

Akshat: Could you tell me a little about your work and how it relates with MIT GOV/LAB themes? What project did you receive the seed fund for, and how did it aid your research?

Biff: GOV/LAB has been so key in supporting my research in Jordan, especially in allowing me to pursue qualitative research to get my project moving in Jordan last year. My dissertation explores how public sector workers – especially teachers and healthcare workers – organize to shape policy and politics, and why some subsets of workers are particularly influential. GOV/LAB’s seed fund allowed me to spend about six months in Jordan last year, where I conducted about seventy interviews  and learned about a range of organizations – legal and “independent” unions, but also formal and informal civil society organizations – working in this space. I also collected a range of administrative data and made connections to survey firms to plan the next steps of the dissertation, which have more of a quantitative angle using survey and social media data.

I see a lot of overlap with MIT GOV/LAB themes, and taking classes with GOV/LAB affiliated faculty during my two years of course work at MIT helped me settle on a dissertation question. Generally, GOV/LAB research often focuses on the roles bureaucrats and public sector workers can play in ensuring quality service provision and accountability, including in non-democratic regimes, and really positions bureaucrats and public sector workers as key actors with a lot of agency. It has been helpful to be in a research community with others working on similar research across very different settings.

Akshat: Have you worked with any local partners in Jordan? And what have been some of your most interesting observations?

Biff: I have not pursued a formal partnership with a local partner in Jordan, but I’m planning to run a survey shortly in collaboration with a local university, and have spent quite a bit of time interviewing folks across government ministries, as well as in both formal and informal organizations in Jordan. As mentioned, I’m interested in why some segments of Jordan’s public sector workforce organize very consistently while others do not. I think generally we tend to see workforce activism as derivative of some other mobilization: this profession over-represents this ethnic group, or this political party is stirring up activism in this union. What I’ve instead seen evidence of, so far, is that different forms of workplace social ties can shape the potential for workplace activism, and this can make some other actors very influential in both policy reform and national politics.

Akshat: MIT GOV/LAB Director, Professor Lily Tsai has done some groundbreaking work exploring  how retributive justice functions and how authoritarians prosper in China. Do you see any findings from her work that can be applied to the Middle East?

Biff: Of course. I think that a lot of our models of accountability tend to focus on elections and political representation. Lily’s research turns our attention to how informal networks or institutions can keep  ground level bureaucrats and local officials accountable to citizens in providing high quality local services, even in a context where formal electoral institutions are relatively weak. Similarly, in Lily and Yiqing Xu’s “Outspoken Insiders” article, they show that close ties to those in government shape how frequently citizens file complaints or engage in claims making. While the nature of networks might differ across contexts – social, ethnic, religious, workplace – I think pointing to those informal or extra-governmental networks can definitely help us explain variation in service provision and political participation in places like Jordan. In my own research, I’m very interested in underscoring how networks that we sometimes tend to overlook – the networks we develop at work – can shape political and economic outcomes.

At the same time, there are important differences across contexts. Even beyond being a monarchy and very small – ten million people – Jordan’s public services are a lot more nationally centralized than China or other countries where folks in GOV/LAB do a lot of research, like Brazil or India. Like other countries in the Middle East and North Africa, Jordan has actually pursued de-centralization for decades, but for some political and economic reasons broad decentralization of education and healthcare has not occurred in practice. While Lily and GOV/LAB colleagues like Blair Read often look to explain why service provision is strong in some places but weak in others, the perception in Jordan is that the quality of public schools and hospitals tends to be fairly similar across the nation, even as it might improve or worsen over time. From an accountability perspective, I think this has shaped the story I am telling insofar as state workers are easily able to connect with one another across contexts, and when things go wrong a lot of blame is inevitably directed toward the central government and its ministries. In that sense, the GOV/LAB research community has helped me to really contextualize Jordan within a range of cases.

Akshat: How do you like to spend your free time when you’re not busy with research work?

Biff: When I’m in Jordan, I like to spend time with old friends, especially  hiking. Jordan has stunning desserts, but people don’t often talk about the beautiful mountains in the north. I also spend a lot of time listening to the New York Yankees on the radio no matter what time zone I am in.