MIT GOV/LAB holds an annual conference for scholars to present works in progress on political behavior in developing country contexts.

MIT GOV/LAB hosted four iterations of the Political Behavior of Development (PBD) Conference from 2016-2019 on campus to convene scholars who are developing new theories and gathering evidence on the myriad ways in which citizens, government actors, and informal elites behave in developing countries. Below is an infographic showing high-level conference outcomes. 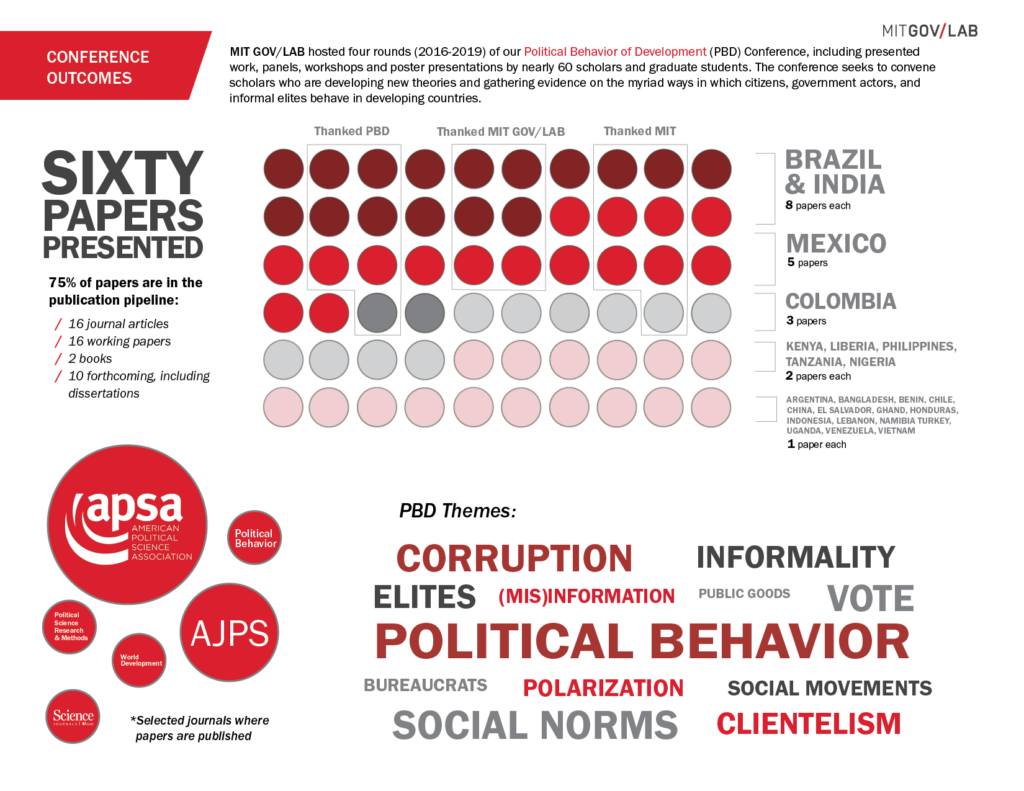 The PBD Conference emphasizes different themes each year, which are announced in an open call for abstracts. A committee of faculty and students determine each year’s theme and participate in the selection of abstracts. Past topics of interest include:

By fostering a conversation among scholars working on a range of behaviors in diverse contexts, we hope to concretize and discuss what constitutes (and how we should understand) political behavior in developing countries. For reference, past conference agendas are available online for PBD19, PBD18, PBD17, and the inaugural PBD16. This conference also builds on our Political Development of Behavior Curriculum.