How can online news sources frame information in a way that galvanizes online participatory action among those who have the economic and political capacity to participate?

A lot of research has explored the capacity of information and communications technology (ICT) channels to integrate the politically marginalized into political life. However, less has focused on ICT channels capacity to catalyze participatory action among those already politically and economically capable of participation. The MIT GOV/LAB, in collaboration with partner organizations mySociety and Mzalendo, is exploring how to engage those with the political and economic capacity to participate by conducting experiments that test the extension of theories of participation to an online, Kenyan context.

The Mzalendo site provides information on Kenyan parliamentarians’ performance, the status of bills in parliament, and session transcripts. Because the website is targeted toward Internet users, it generally privileges citizens in Kenya that have relatively high levels of income and education. Given that Mzalendo’s target audience already has a relatively high capacity to politically engage, both mySociety and Mzalendo were interested in how various framings of information can stimulate more online, political action. As a result, we conducted two experiments focusing on what types of people participate online as well as how different framings of information may stimulate and affect different forms of citizen action.

In the first experiment, we presented Kenyan citizens on Facebook with an article about how county governments have misspent taxpayer dollars. This information was presented as a threat, in that they risk losing resources, as an opportunity, in that they have the opportunity to gain resources, and neutrally. Based on these variations, we investigated the differences in online action among people with different demographic characteristics and among people who received different framings of the information.

In the second experiment, we presented Kenyan citizens on Facebook with a video clip about the proposed National Youth Employment Bill. The video clip was the same across variations, but the statistic at the top of the treatment page concerned either youth unemployment or unemployment more generally. We used these varying presentations of information to investigate the differences in online action among people who received the youth-specific webpage and the general webpage. 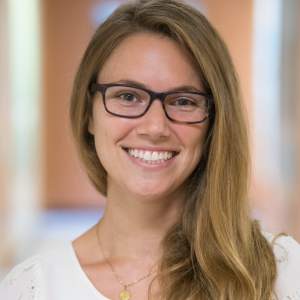