​Community Policing and Trust in Liberia

Can community policing build confidence in the police and improve community cooperation?

This project aims to address a key factor contributing to urban Liberia’s high rate of crime: the reluctance of citizens to cooperate with the police through activities such as crime reporting, information sharing, and evidence provision. In collaboration with the Liberian National Police (LNP) and Parley Liberia, a local research NGO, the research team will test whether community policing can build confidence in the police, increase crime reporting, improve information sharing, and ultimately reduce the incidence of crime and violence.

Part of the Evidence in Governance and Politics (EGAP) network’s Metaketa Initiative, which seeks to foster knowledge accumulation by supporting clusters of coordinated studies across multiple countries and contexts, the study will unfold alongside evaluations of similar programs in Brazil, Colombia, Pakistan, Uganda, and the Philippines, with the goal of providing a set of reliable, externally valid findings to inform the practice of community policing.

The research team will work with officers from each of Monrovia’s 10 police precincts to identify high-crime communities that would benefit from improved relations with the police. Following a baseline survey to measure rates of crime, crime reporting, and attitudes toward the police, communities will be randomly assigned to either a community policing group or a comparison group.

Communities in the community policing group will host town-hall style meetings with officers of the LNP on a monthly basis. Designed to build trust, educate residents about police procedures, and solicit information about emerging security concerns, these meetings will be complemented by semi-regular foot patrols in which officers interact with citizens in small groups, solicit additional feedback, and distribute informational flyers designed to reinforce the content communicated during the town hall meetings. The project will also include a problem-oriented policing component in which officers adapt their policing strategies based on the feedback received through community outreach. After a period of approximately one year, an endline survey will be conducted to measure changes in crime, crime reporting, and confidence in the police. 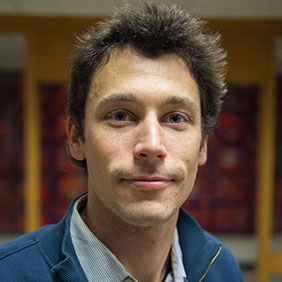