To support engaged scholarship and build a stronger evidence base, MIT GOV/LAB is supporting research on citizen engagement and government accountability.

To build a stronger evidence base, MIT GOV/LAB is supporting research projects on topics related to citizen engagement and government accountability (particularly from a behavioral perspective) in a diversity of contexts. Funding supports scholars outside MIT to conduct empirical research to understand the drivers of attitudes and beliefs of citizens, bureaucrats, elites, or elected officials. Of particular interest are attitudes and beliefs linked to behavior that promotes government accountability, such as participation in social movements, citizen demand-making, or access to government services.

To support our mission to produce and promote engaged scholarship, research studies ideally integrate a local practitioner partner in all stages of research ideation and proposal writing, study design and implementation, and dissemination of results. In an effort to design and implement research that is most useful and relevant to changing real-world outcomes, we prioritize studies that focus on questions that practitioners need answers to in order to do their work better.

In our inaugural request for proposals, we granted funding to four projects:

“There is No Place Like Home: A Study of Slum Housing Improvement in Brazil”

Scholars have extensively explored how social housing policy affects political behavior and beliefs. But few studies focus on how housing programs sponsored by NGOs may increase social capital and impact government accountability. In partnership with the NGO TETO, we conduct a field experiment, in which we randomly select squatters from poor settlements in Brazil to receive prefabricated wooden houses. We theorize that higher quality homes may reduce residents’ mobility, creating incentives for civic engagement and investment in the community. Also, engagement in the construction of social housing may develop beneficiaries’ social skills, because the NGO’s program requires that beneficiaries mobilize their networks to help TETO’s volunteers build the houses. Therefore, the program may help foster skills which facilitate civic engagement and the demand for provision of public goods.

Women are not only under-represented in legislature, they are also absent within party organization. This project shifts the focus beyond the candidate level to examine how female under-representation as party workers affects substantive representation. This shift is necessary because party workers deliver important services, such as providing information to politicians and candidate nomination, which too can benefit from female representation. We examine (a) how party worker profiles vary with candidate gender (b) whether female party workers are better informed about citizen’s policy / public goods preferences and improve women’s substantive representation (c) whether female/male candidates / party workers update their beliefs when treated with new information. We use interviews/ survey / conjoint experiments to map politicians’ and party workers’ awareness about their constituents’ policy and public goods preferences. Our study is novel in its grassroots focus and proposes a new line of inquiry in the field of gender politics.

Professor Gabrielle Kruks-Wisner (University of Virginia) is partnering with the Indian non-governmental organization Video Volunteers to study the effects of community media on citizen-state engagement:

Community media has been celebrated as a means to amplify citizen voices and encourage engagement of the state. And yet the impact on citizen mobilization remains unclear: when, why, and how do community members respond to media produced by locally embedded citizen journalists, and how does that journalism affect local citizenship practice? In collaboration with the Indian NGO Video Volunteers, this project examines the conditions under which community media does (or does not) mobilize local citizen- state engagement. Through a combination of citizen surveys, video experiments, and qualitative focus group studies, we will investigate the effects of community media on citizens’ information, beliefs, and political behavior—including responses to a range of state-targeted calls to action.

“Estimating the Influence of Religious Messages on Civic Engagement: A Community-Collaborative Project”

We look forward to sharing updates on these research projects and future calls for proposals (RFP). 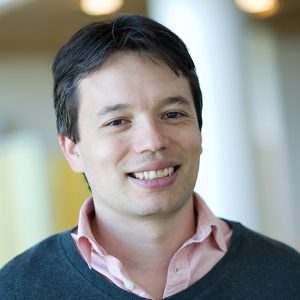