How can the structure of academia be changed to make it more equitable? This question was posed by an audience member at a December 2020 panel discussion on systemic racism in higher education hosted by the MIT Communications Forum and co-sponsored by Radius at MIT and the MIT Governance Lab (MIT GOV/LAB). Harvard University computer scientist Professor James Mickens emphasized the importance of mentorship in helping people navigate a field in which knowing the right people and knowing how to play the game is essential. “I think one of the big things that universities could do to improve the outcomes for Black PhD students and Black faculty is make sure there are strong mentoring networks in place to explain some of this hidden knowledge that is so critical for actually succeeding,” he said.

Last fall, MIT GOV/LAB started a mentorship program that paired MIT political science PhD students with five Boston-area undergraduate social science students from underrepresented backgrounds, who contributed research and analysis to the graduate students’ dissertations. The program gives graduate students needed assistance with their research, trains them to be better mentors, and exposes undergraduate students to the structure of a PhD program and the research process. F. Daniel Hidalgo, MIT associate professor of political science and MIT GOV/LAB academic director, hopes that “the students are … doing something that they are personally interested in for their own careers or their own intellectual development. And on our side, they’re doing something useful for us.”

The undergraduates, who were paid $13 an hour and worked five to 10 hours a week, used their research and analysis experience to dig into questions the graduate students needed answered for their dissertations, while also seeing how a dissertation project evolves and developing new skills. Atrey Bhargava, a senior at Tufts University studying economics and international relations, analyzed data using software called Stata and summarized findings from the literature on education policy in Indian states. Similarly, Suffolk University senior Tania Kemp, who studies political science with a concentration in law and public policy, used the programming language R to prepare datasets and took notes from readings on public procurement corruption in sub-Saharan Africa. Akwasi Owusu-Brempong, a Brandeis University senior, also used R to analyze changes in the distributions of ethnic groups and read up on the histories of different neighborhoods in Accra, the capital of Ghana. 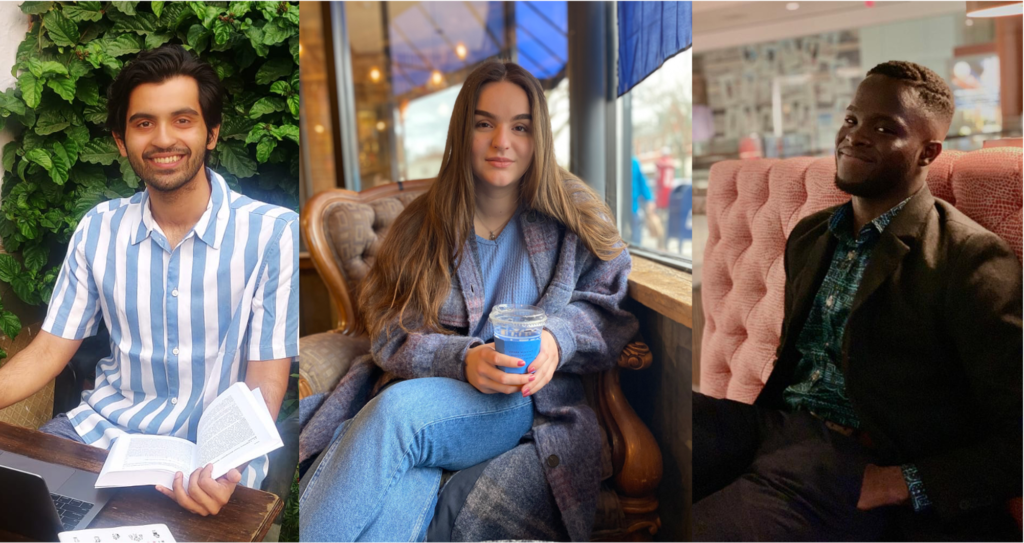 Graduate student Elizabeth Parker-Magyar is in the process of choosing case studies for her dissertation and positioning her work within the broader literature of bureaucratic politics and authoritarianism in the Middle East. She says her mentee “has been really helpful in exploring some elements of the research agenda I didn’t really know that much about.”

Hidalgo points out that if the graduate students become professors, they will frequently work with undergraduates on research. Being a good mentor takes practice, and Hidalgo says he “really struggled” with it at first. Bollen says she thinks “mentoring is a skill that you’re not necessarily given any opportunities to work on in grad school, and a big part of being a professor is helping mentor students.”

One challenge of being a mentor is learning how to delegate assignments. “A lot of people don’t fully know what a suitable task is for an undergraduate research assistant,” says Bollen. Graduate student Blair Read says the biggest thing she learned about working with her mentee was that broader tasks, such as finding a case in the literature connected to a research question, “required more familiarity and experience with political science than I thought it did.” In future semesters, Bollen is interested in instituting a training for the graduate students to make their relationships with the mentees more productive, as well as requiring the graduate students “to have a much clearer sense of what they want the research assistant to do … to make sure that [their] project is amenable to an undergraduate’s skill set or work.”

The collaboration also helped the graduate students to better organize and focus their projects. “The act of having to come up with tasks for [my mentee] to do has been incredibly useful,” says Read. Parker-Magyar says that “it’s been very useful for me to really think about research design, and how to communicate or teach research design.”

Exposure to the PhD application process

While Kemp and Bhargava feel like they have honed their research skills, they both pointed to what they’ve learned about the PhD application process as one of the more important takeaways from the experience. Bhargava described how daunting the prospect of a doing PhD feels and said he was happy to learn that most people don’t dive into a PhD immediately after graduation. He was also relieved to learn that plenty of PhD students tweak or completely change their original research proposal, since he was feeling trepidation about picking a topic he’d have to commit to for five years.

Kemp, who before the program was considering a career in higher education administration, said she learned that you don’t have to have a master’s degree to pursue a PhD and that many PhD programs are fully funded. She also learned what a statement of purpose should include, and that you should mention professors you’d like to work with in your application. As a first-generation college student, “I don’t have a family member to ask those questions to,” she says. Kemp is now considering pursuing a political science PhD with a concentration in Asian studies.

Bollen hopes the program, which is a part of MIT GOV/LAB’s action plan to support anti-racism, will help address the lack of diversity in academia, particularly in top political science graduate programs. According to data from MIT’s diversity dashboard, only 1 percent of graduate students in the School of Humanities, Arts and Social Sciences — which includes the Department of Political Science — identify as Black or African-American.

Hidalgo would like the program to continue in the future, and after the pandemic ends, to allow for more in-person community building. Some of the pairs will also continue to work together in the spring. “It’s been really fun to work with someone with shared interests,” says Parker-Magyar. “It’s been a really valuable experience beyond moving my dissertation forward.”