Uncut scenes from field work in Jharkhand and Bihar, India and supporting research with Video Volunteers and Professor Gabi Kruks-Wisner (MIT PhD ‘13) from the University of Virginia.

More than half of India’s population, 732 million people, doesn’t have access to a proper toilet. This staggering statistic is also a tired one. With the development lens turning to cities and national statistics averaging out local realities, it’s easy to forget the persistent challenges of basic living standards in rural India. Video Volunteers, an Indian non-governmental organization based in Goa, aims to change how rural issues are captured in the media. They don’t want you to forget a single face, a missing toilet, or a voice, no matter how small.

Video Volunteers trains community journalists from marginalized backgrounds to report rural stories for their media series India Unheard. Not only are the journalists trained in storytelling and videography, they are also provided advocacy skills on how to use their journalism to help people. They petition local governments on behalf of, and oftentimes with, rural communities to try and solve infrastructure problems like broken hand pumps, promised latrines, electrification, and social issues including gender-based violence and caste-based discrimination.

To better understand how these community journalists/activists operate in the field, we traveled to the Indian states of Bihar and Jharkhand, where Video Volunteers has 60 correspondents. We wanted to learn how correspondents select issues to make videos, how they form relationships with communities, how they work with local government, and how they achieve impact. This scoping work was undertaken with Professor Gabi Kruks-Wisner from the University of Virginia, who researches how Indian citizens interact with their government in the world’s largest democracy.

Our field work builds on Video Volunteers’ efforts to examine their strategy and make their model more effective. An important part of this learning effort is to understand what factors contribute to correspondents’ success in solving the problems that they cover. Moving forward, Professor Kruks-Wisner (MIT PhD ‘13) will lead this research, starting with a qualitative phase that may result in an experimental pilot. MIT GOV/LAB is excited to provide support for this research and looks forward to seeing how the collaboration develops.

For now, we wanted to share some vignettes from our trip to Bihar. Though it’s impossible to distill the richness of field work in a few quick stories and pictures, below we highlight some of the correspondents we met as well as preliminary research questions we explored.

All photos by Alisa Zomer.

Community journalists Mamta Kumari (left) and Tanju Devi (right) display their Video Volunteers identity cards. One question is how community correspondents identify themselves to access government officials for interviews and advocacy. Do officials see community journalists as formal media? Does this perception impact whether correspondents are granted meetings, and whether their requests are heard? 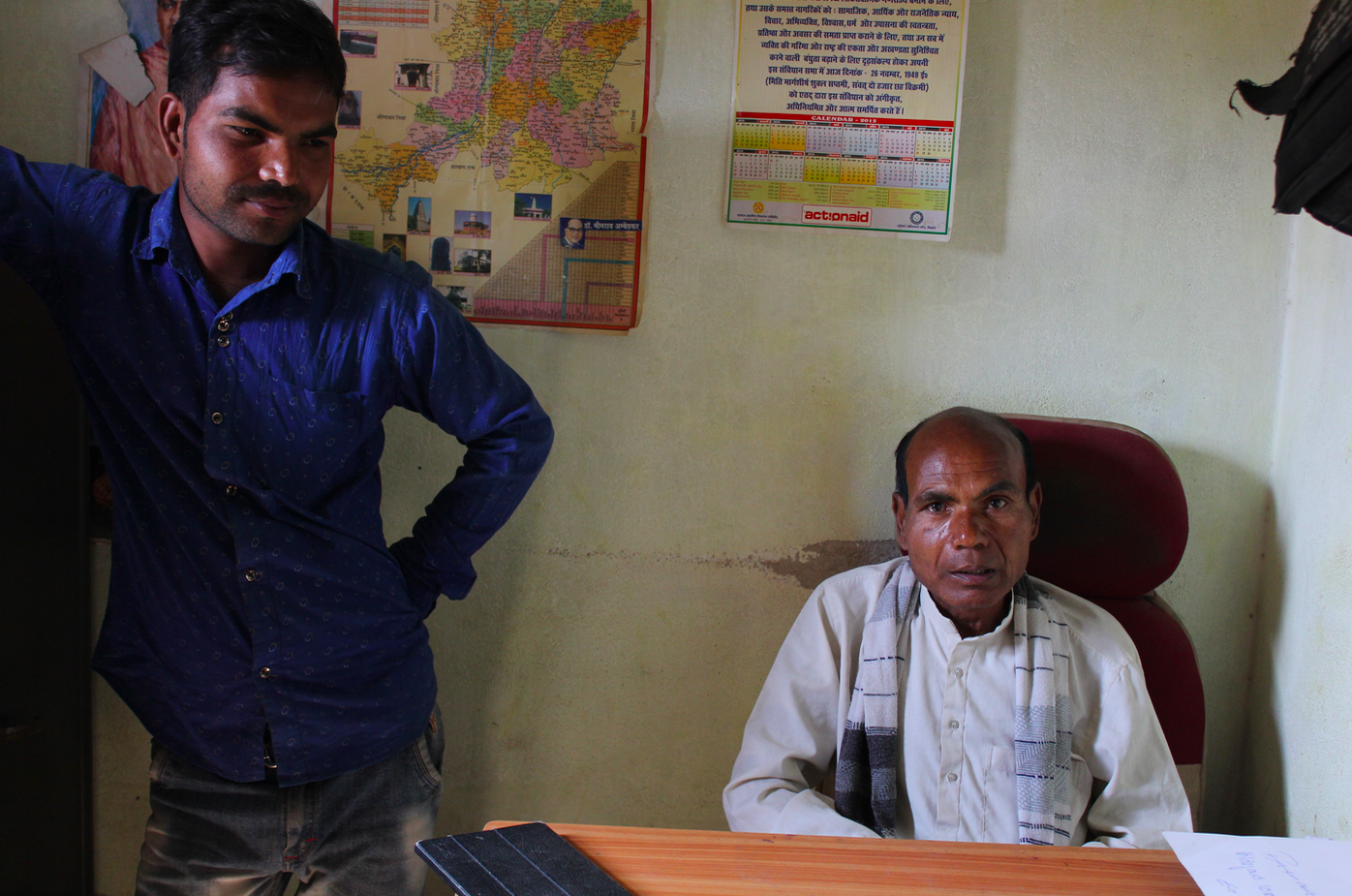 Correspondent Amit Kumar (left) with his father (right), who runs an active local development organization. How do correspondents’ personal and political networks help them access communities and government officials? How do these connections impact whose issues correspondents choose to cover and represent? How do individual demands on government services at a local level link to broader social movements and networks? 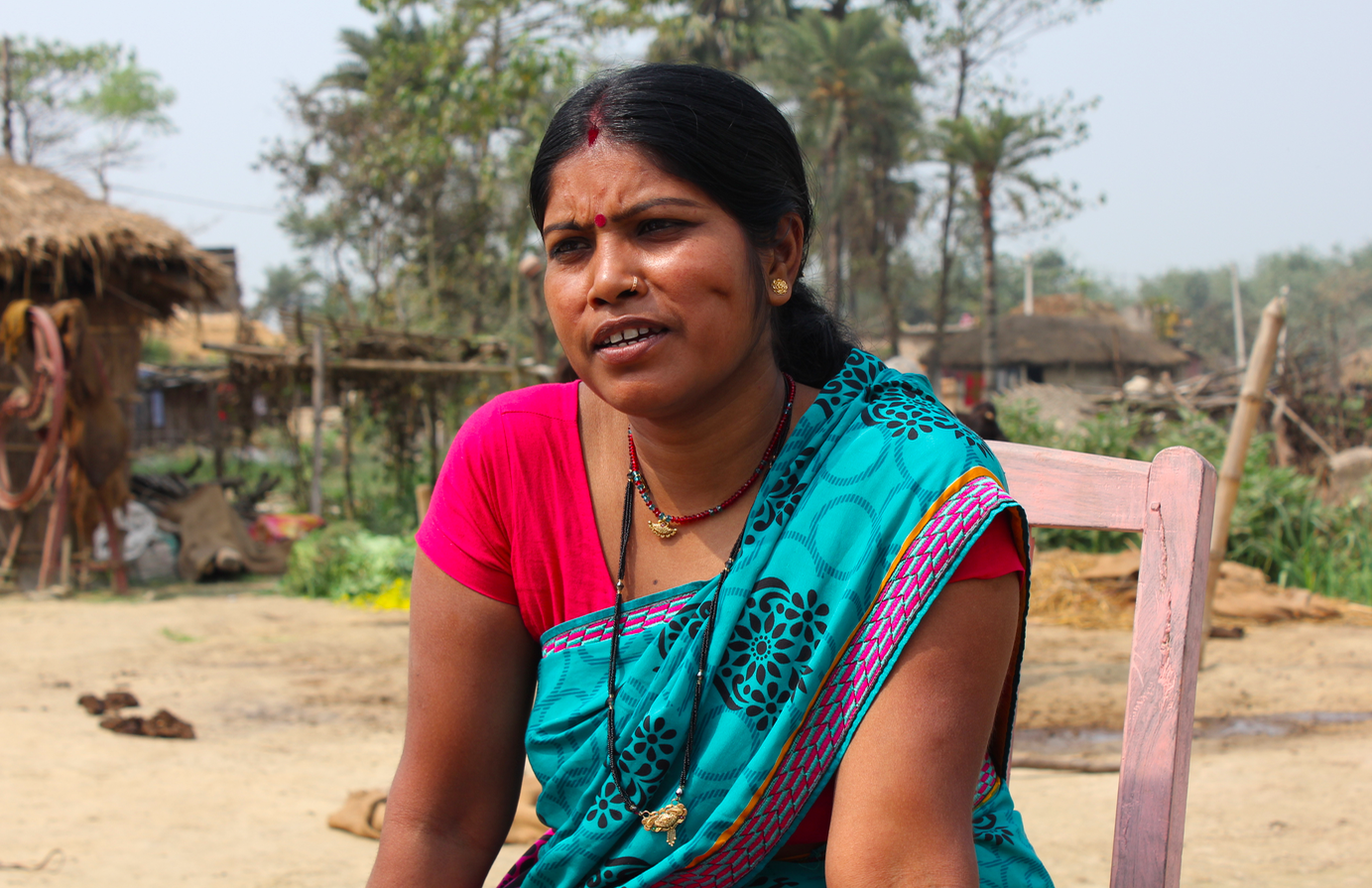 Correspondent Rita Devi discusses the motivation behind her work and interest in women’s empowerment issues. Before joining Video Volunteers, Rita was trained in journalism for a women’s media group and was supported by her husband to pursue further education. Do women correspondents cover different issues than male correspondents? How does a correspondent’s gender affect video content and government responsiveness? 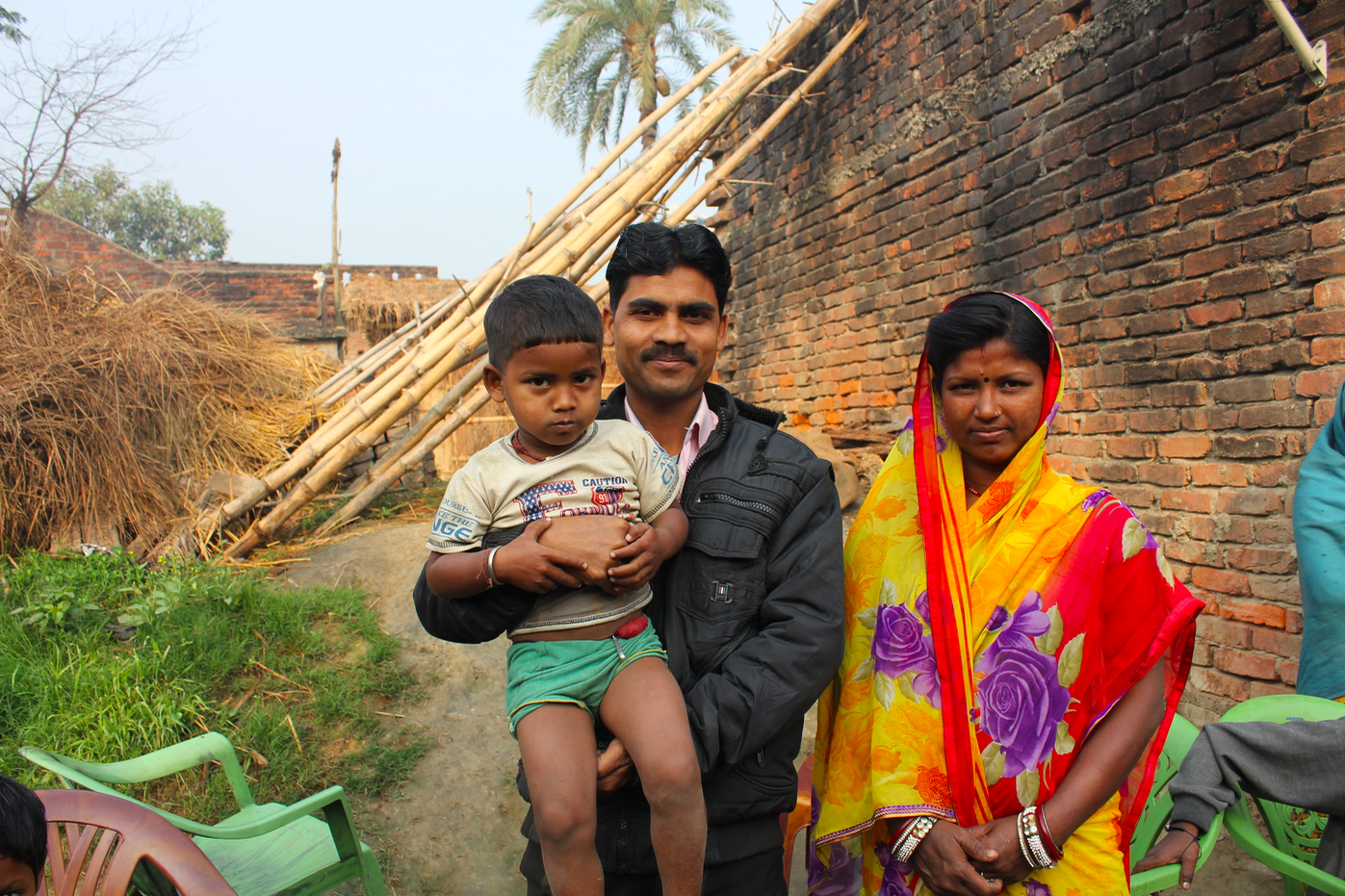 Training underrepresented groups, including women and Dalits (‘lower caste’), is one of Video Volunteers’ missions. One such case is Manganu Ram, shown below in a family portrait (minus three older boys) whose family compound is built in the middle of a Brahmin neighborhood. What is the best way to cover persistent caste discrimination issues in rural areas? What happens when the cameras leave? How does a correspondent’s caste affect the issues they cover? 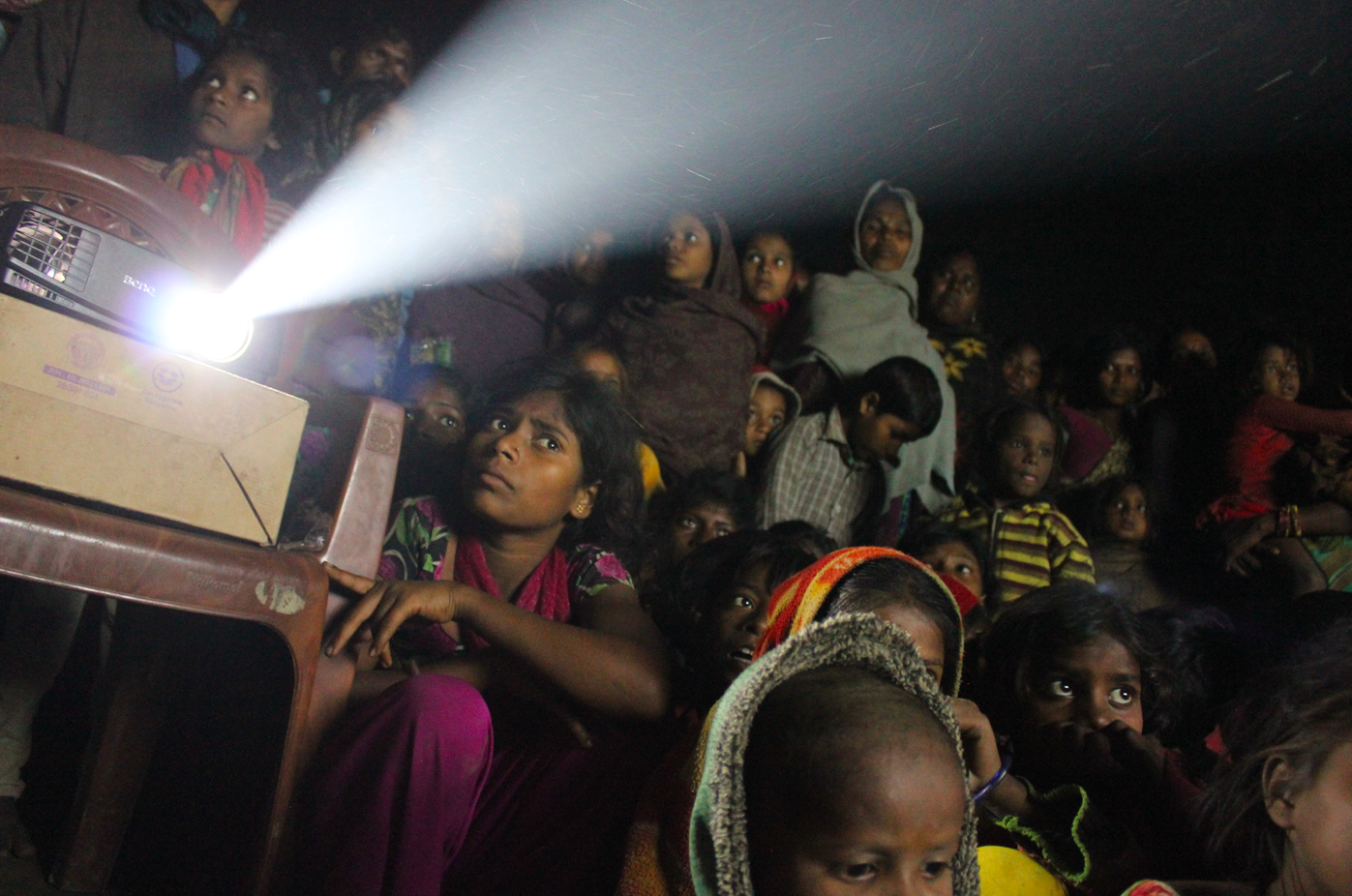 Community screenings are one way to share videos beyond online and social media outlets. Correspondents report back on issues they’ve worked on and seek the support of the community for current issues they are following up on. Despite multiple power outages, mismatched technology adaptors, and audio difficulties, our team helped a correspondent to miraculously pulled off this screening as night descended and anticipation grew. 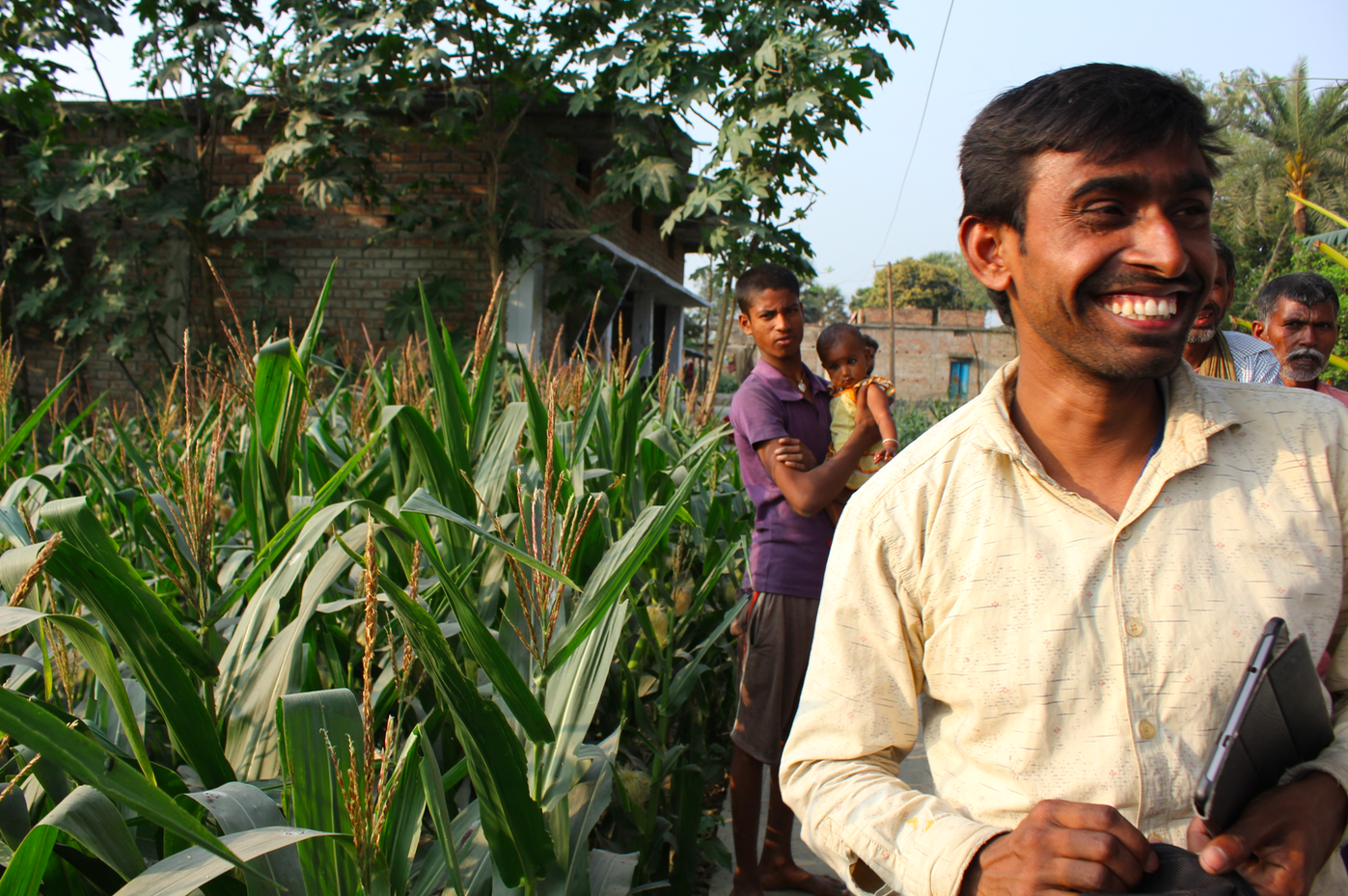 Interestingly, community correspondents from ‘Video Volunteers’ are paid for their work and sometimes note that the video itself plays a small role in achieving impact. Some correspondents, like Ranjeet Kumar below, work multiple jobs and come from diverse educational backgrounds. How does a correspondent’s socioeconomic status affect their work as a journalist and advocate? Do correspondents think of themselves more as journalists or activists? 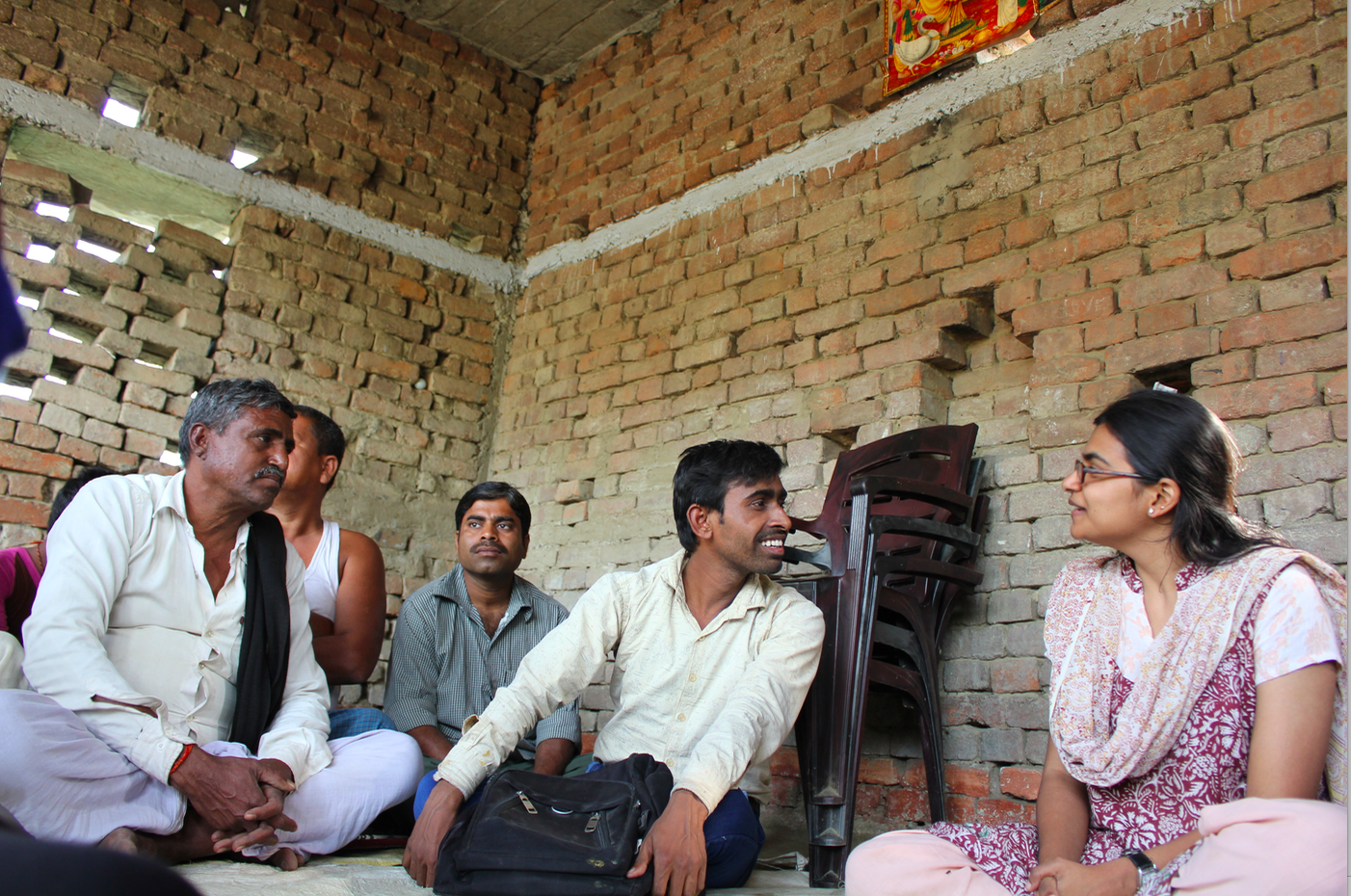 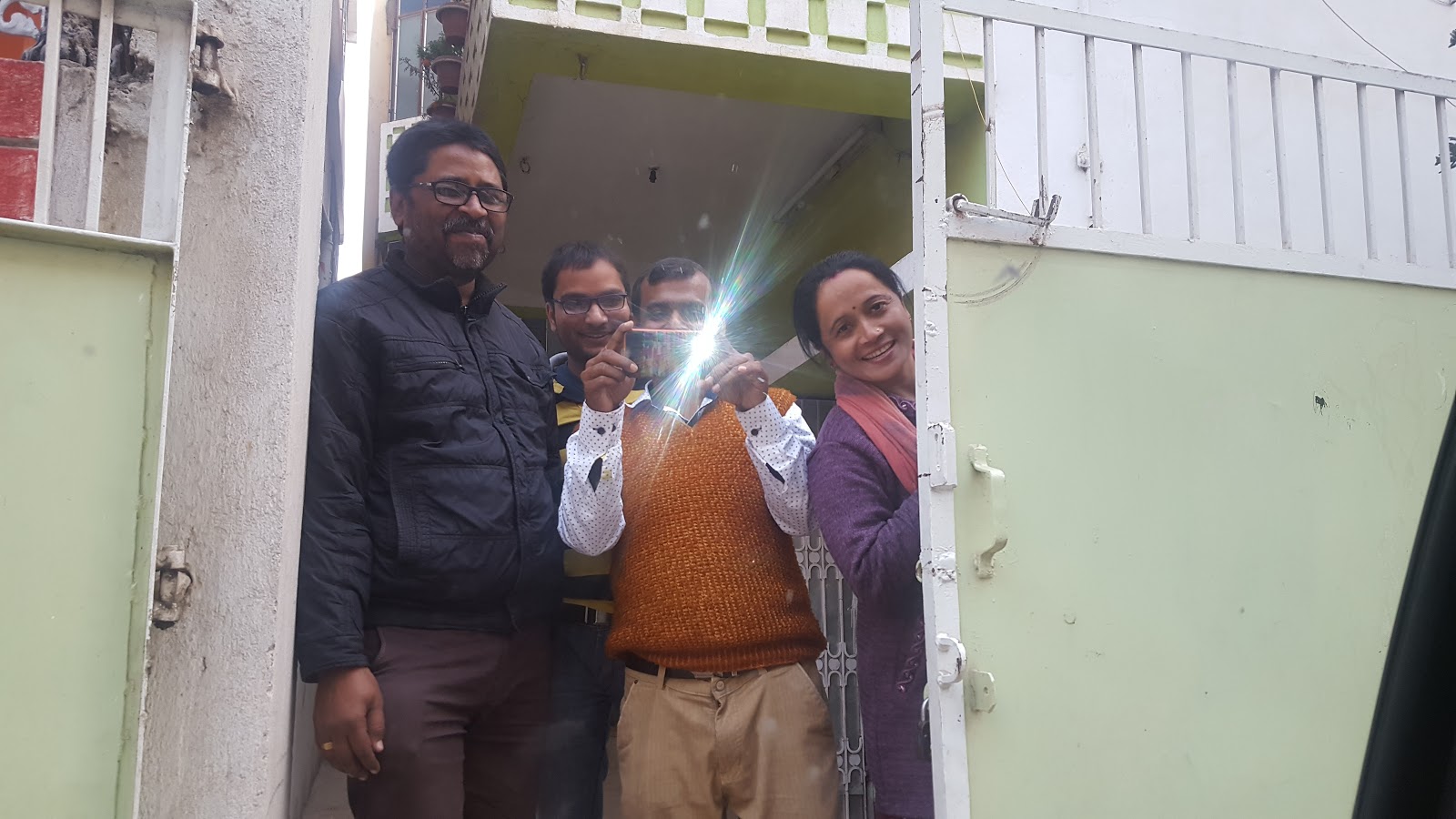 Working with community journalists, we often found cameras turned on ourselves. Here, correspondent Surendra Sharma takes a picture as we head out. 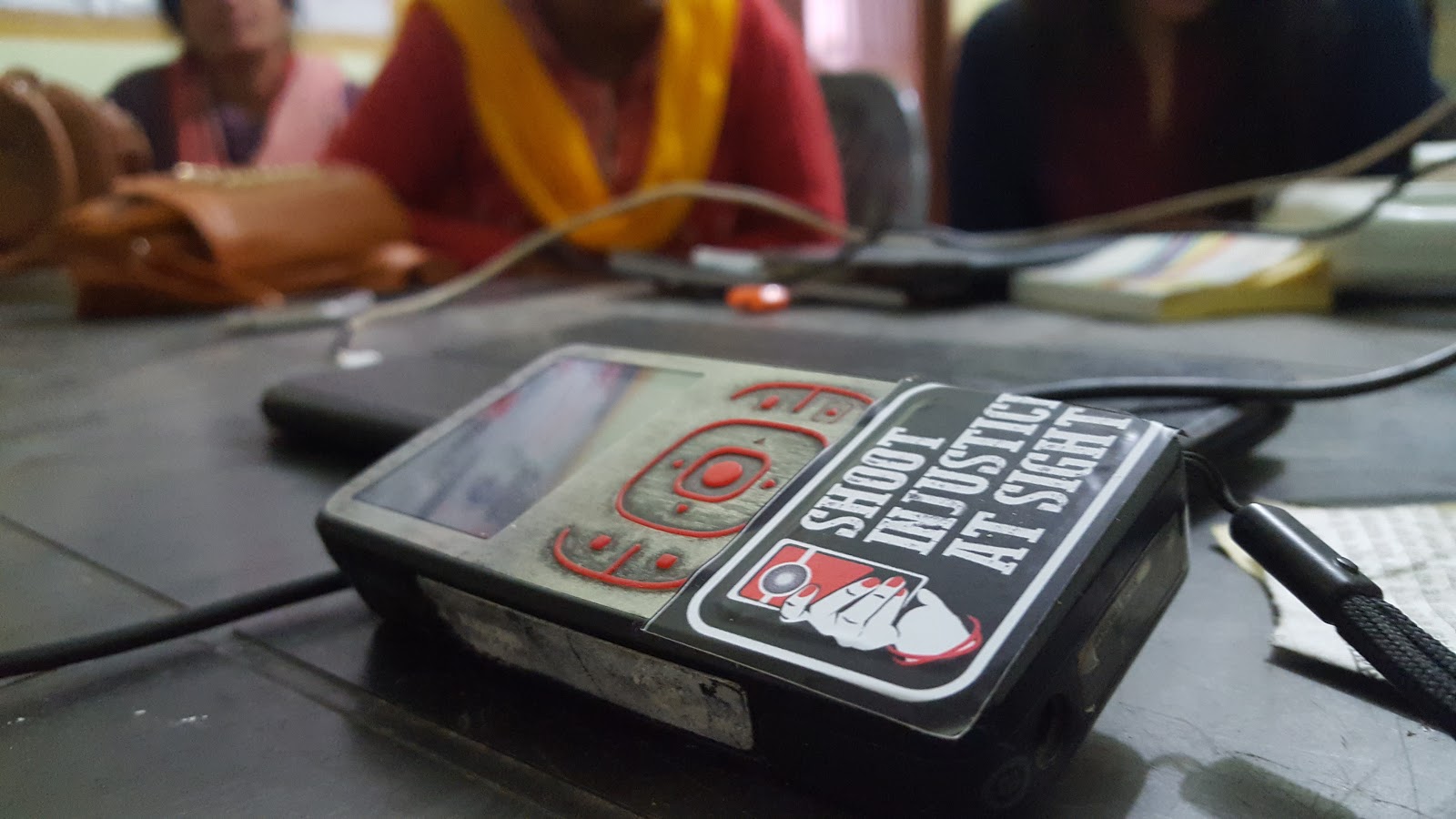 The “Shoot injustice at sight” sticker with painted nails and bangles on an old recorder reflects Video Volunteers’ punchiness and effort to highlight a gendered perspective in rural issues. Bringing marginalized voices to the forefront is not simple and requires a diversity of voices, or as the tag line states “News by those who live it”. Check out India Unheard online.